fio is a tool that will spawn a number of threads or processes doing a particular type of I/O action as specified by the user. The typical use of fio is to write a job file matching the I/O load one wants to simulate. – (https://linux.die.net/man/1/fio)

fio can be a great tool for helping to measure workload I/O of a specific application workload on a particular device or file. Fio proves to be a detailed benchmarking tool used for workloads today with many options. I personally came across the tool while working at EMC when needing to benchmark Disk I/O of application running in different Linux container runtimes. This leads me to my next topic.

One of the projects I was working on was using Docker on AWS and various private cloud deployments and we wanted to see how workloads performed on these different cloud environments inside Docker container with various CPU, Memory, Disk I/O limits with various block, flash, or DAS based storage devices.

One way to wanted to do this was to containerize fio and allow users to pass the workload configuration and disk to the container that was doing the testing.

The first part of this was to containerize fio with the option to pass in JOB files by pathname or by a URL such as a raw Github Gist.

The Dockerfile (below) is based on Ubuntu 14 which admittedly can be smaller but we can easily install fio and pass a CMD script called run.sh.

What does run.sh do? This script does a few things, is checked that you are passing a JOBFILE name (fio job) which without REMOTEFILES will expect it to exist in `/tmp/fio-data` it also cleans up the fio-data directory by copying the contents which may be jobs files out and then back in while removing any old graphs or output. If the user passes in REMOTEFILES it will be downloaded from the internet with wget before being used.

There are two other Dockerfiles that are aimed at doing two other operations. 1. Producing graphs of the output data with fio2gnuplot and serving the graphs and output from a python SimpleHTTPServer on port 8000.

All Dockerfiles and examples can be found here (https://github.com/wallnerryan/fio-tools) and it also includes an All-In-One image that will run the job, generate the graphs and serve them all in one which is called fiotools-aio.

How to use it

If your file is a remote raw text file, you can use REMOTEFILES

Easiest Way, run the “all in one” image. (Will auto produce IOPS and BW graphs and serve them)

To use with docker and docker volumes

To produce graphs, run the fio-genplots container with -t <name of your graph> -p <pattern of your log files>

Simply serve them on port 8000

To use the all-in-one image

You can use a remote fit configuration file using the REMOTEFILES env variable.

(or) If you have a directory that already has them in it. *NOTE*: you must be using a shared folder such as Docker > Preferences > File Sharing.

Simply serve them on port 8000

How to get graphs

Testing and building with codefresh

As a side note, I recently added this repository to build on Codefresh. Right now, it builds the fiotools-aio Dockerfile  which I find most useful and moves on but it was an easy experience that I wanted to add to the end of this post.

Navigate to https://g.codefresh.io/repositories? or create a free account by logging into codefresh with your Github account. By logging in with Github it will have access to your repositories you gave access to and this is where the fio-tools images are.

I added the repository as a build and configured it like so.

This will automatically build my Dockerfile and run any integration tests and unit tests I may have configured in codefresh, thought right now I have none but will soon add some simple job to run against a file as an integration test with a codefresh composition.

I found over my time using both native linux tools and docker-based or containerized tools that there is need for both sometimes and in fact when testing container-native application workloads sometimes it is best to get metrics or benchmarks from the point of view of the application which is why we chose to run fio as a microservice itself.

Hopefully this was an enjoyable read and thanks for stopping by! 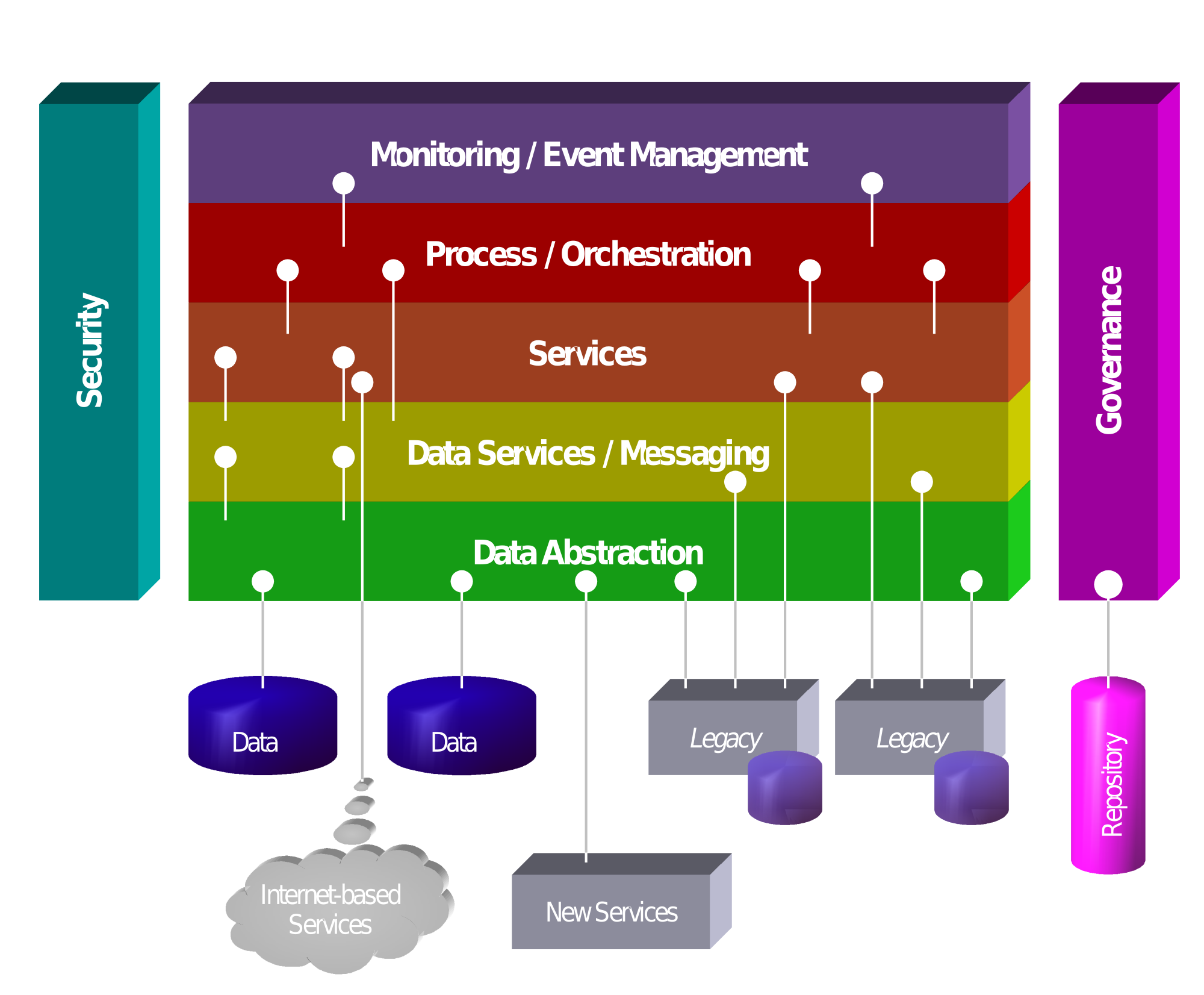 I’ve been researching and working in the area of modern microservices for the past ~3 to 4 years and have always seen a strong relationship between Modern Microservices with tools and cultures like Docker and DevOps back to Service-Oriented Architecture (SOA) and design. I traced SOA roots back to Gartner Research in 1996 [2] or at least this is what I could find, feel free to correct me here if I haven’t pegged this. More importantly for this post I will briefly explore SOA concepts and design and how they relate to Modern Microservices.

Microservice Architectures (MSA) (credit to meetups and conversations with folks at meetups), are typically RESTful and based on HTTP/JSON. MSA is an architectural style not a “thing” to conform exactly to. In other words, I view it as more of a guideline. MSAs are derived from multiple code bases and each microservice (MS) has or can have its own language it’s written in. Because of this, MSAs typically have better readability and simpler deployments for each MS deployed which in turn leads to better release cycles as long as the organization surrounding the MS teams is put together effectively (more on that later). An MSA doesn’t NEED to be a polyglot of  but will often naturally become one because teams may be more familiar with one language over the other which helps delivery time especially if the interfaces between microservices are defined correctly, it truly doesn’t matter most of the time. It also enables scale at a finer level instead of worrying about the whole monolith which is more agile. Scaling a 100 lines of Golang that does one thing well can be achieved much easier when you dont have to worry about other parts of your application that dont need or you dont want to scale in the monolith. In most modern MSAs, the REST interfaces mentioned earlier can be considered the “contract” between microservices in an MSA. These contracts should self describing as they can be, meaning using formats like JSON which is human readable and well-organized.

Overall an MSA doesn’t just have technical benefits but could also mean fewer reviews and approvals because of smaller context boundaries for each microservice team. Better acquisition and on-boarding because you dont have to be so strict about language preference, instead of retooling, you can ingest using polyglot.

Motivations for SOA, from what I have learned, is typically business transformation oriented which shouldn’t be surprising. The enterprise based SOA transformation on a large budget but the motivation is different now with modern MSA, now its quick ROI and better technology to help scale using DevOps practices and platforms.

Some things to consider while designing your modern MSA that I’ve heard and stuck with me:

The referenced text[1] that I use for a comparison or similar concepts and differences in this post talk about a vast number of important topics related to Service-Oriented Architecture. Such topics include the overall challenges of SOA, service reuse, deployment efficiency, integration of application and data, agility, flexibility, alignment, reference architectures, common semantics, semantic pitfalls, legacy application integration, governance, security, service discovery, inventory and registration, best practices and more. This post does not go into depth of each individual part but instead this post aims at looking at some of the similarities and differences of SOA and modern microservices.

Some of concepts of SOA that I’d like to mention (not fully encompassing):

I want to spend a little bit of time on one of the analogies that stuck with me about modern microservices. This was the Bulkhead analogy which I cannot for the life of me remember where I heard it or seem to google a successful author so credit to who or whom ever you are.

The bulkhead analogy is pretty simple actually but has a powerful statement for microservice design. The analogy is such that a MSA, like a large ship is made up of many containers (or in the ships case, bulkheads) that have boundaries between them and hold different component of the ships such as engines, cargo, pumps etc. In MSA, these containers hold different functions or processes that do something wether its handle auth requests, connection to a DB, service a lookup or transformation mechanism it doesn’t matter, just that in both cases you want all containers to be un-damaged for everything to be running the best it can.

The bulkhead analogy goes further to say that if a container gets damaged and takes on water then the entire ship should not sink due to one or few failures. In MSA this can be applied by saying that a few broken microservices should not be designed in a way where there failure would take down your entire application or business process. It essence designs the bulkheads or containers to take damage and remain afloat or “running”.

Again, this analogy is quite simple, but when designing your MSA it’s important to think about these details and is why doing things like proper RESTful design and Chaos testing is worth your time in the long run.

Given the little glimpse of information I’ve provided above about service oriented architectures and microservices architectures I want to spend a little time talking about the obvious similarities and differences.

Both SOA and MSA do the following:

Some of the differences that stick out to me are:

Overall this post was mainly a complete high-level overview of what I think are some of the concepts and major differences between traditional SOA and Modern Microservices that stemmed from a course I took during my masters that explored SOA while I was in the industry working on Microservices. The main point I would say I have is that SOA and MSA are very similar but MSA being SOA’s offspring in a way using modern tooling and architecture approaches to todays scaleable data center.

Note* by no means did I cover SOA or MSA to do them any real justice, so I suggest looking into some of the topics talked about here or reading through some of the references below if your interested.